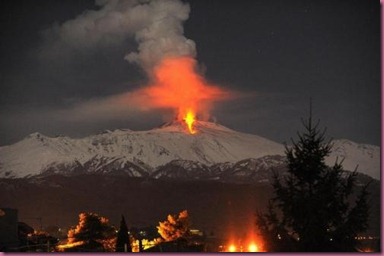 Despite cold, snow and frost, Etna in Sicily, the largest volcano in Europe, has awakened again and covered with snow has made a spectacle of itself. The last eruption of yesterday is the first in 2012 and the second began in the late afternoon with a rising trend up to the early hours of the next morning. Thanks to the clear sky and to the moon, the show was visible for miles and miles away.