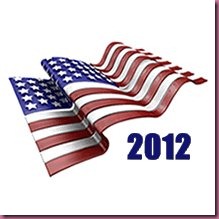 Being Italian I don’t know so much about the new president candidates but found very intriguing this web page:  “http://2012.presidential-candidates.org/” where having a browse felt the urge to say that I just like no one of the current Republican candidates…  sorry but according to my liberal and anti-conventional mind nobody is so open-minded and neo-liberal to get my approval as like as Obama did two years ago. Obama for me has been the first president to have brought a wave of innovation with the bravery to do some important change so far away from the outdated and stagnant mind of most candidates.
Often it is much easier to have consensus promoting the usual hackneyed projects than advocating innovations that look into the future and to the actual democracy, in a world that by now has no borders and needs radical modifications even towards old law that are anachronistic and out-ran.